The UK’s Parliamentary Office of Science and Technology (POST) has published a new report outlining past and future trends in UK air quality, how pollutants affect health, and the measures that can mitigate poor air quality.

The report highlights how across the UK, concentrations of air pollutants are uneven – with urban areas typically having poorer air quality, particularly in deprived neighborhoods. Particulate matter and gases such as nitrogen oxides and ozone are the air pollutants causing the most concern for human health in built-up cities, towns and suburbs. Different pollutants are often emitted together and react in the air, creating challenges in attributing health effects to individual pollutants. 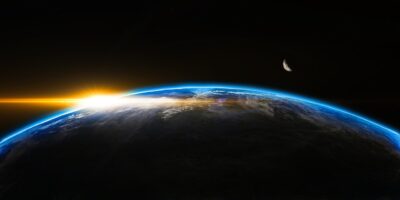 The UK Met Office has predicted a slower than usual build-up of CO2  in the atmosphere this year because of a temporary increase in natural carbon sinks.

Temporary planetary cooling – as a result of La Niña in the tropical Pacific – is currently slowing CO2  build-up by encouraging tropical forests and other vegetation to soak up more than usual for the third year running.

Therefore, while CO₂  levels in the atmosphere continue to increase due to emissions from fossil fuel burning and deforestation, this increase is smaller than it would have been without the extra carbon uptake by remaining forests.

A study from Nanjing University in China has recorded a major drop in the urban heat islands of more than 30 Chinese cities during the week-long Chinese New Year, also known as the Lunar New Year.

During the New Year holidays, nearly three billion people leave cities to join their families in rural areas for traditional gatherings. The holiday is the largest short-term suspension in human activity on Earth and has now been associated with lower temperatures in 31 major Chinese cities during this period.

Warming Mediterranean could lead to increase in extreme weather events

The UK’s National Oceanography Centre (NOC) has warned that reduced heat loss in the Mediterranean Sea could have a knock-on effect on the atmosphere, potentially modifying weather patterns and leading to extreme weather events.

Simon Josey, professor of oceanography, NOC Marine Systems Modelling Group, worked with Dr Katrin Schroeder from the Institution of Marine Science in Italy, to analyze new atmospheric data models and found that the ocean surface in the North-West Mediterranean (NWMed) has lost less heat than normal in recent decades. This change reduces the movement of water from the upper ocean to the deep layers and has potential consequences for winter storms and summer heatwaves.

A new study by Dutch researchers has found that the amount of land covered by the first 2m of sea-level rise is likely to be more than twice as much as older elevation models predicted.

The study used high-resolution measurements of land elevation from NASA’s ICESat-2 lidar satellite, launched in 2018, to improve models of sea-level rise and inundation.

Guidelines for Satellite-based Nowcasting in Africa draws on work carried out by the African SWIFT program led by the UK’s National Centre for Atmospheric Science (NCAS), in addition to experiences from African weather researchers.

As part of African SWIFT, NCAS worked in collaboration with African weather services to bring about a step change in African weather forecasting – leaving a legacy that could be carried forward by new nowcasting technologies such as the FASTA app.

A prototype project coordinated by the European Centre for Medium-Range Weather Forecasts (ECMWF) to monitor anthropogenic CO2 emissions worldwide has moved into its final year.

The Copernicus CO2 service (CoCO2) is on track to feed into a permanent anthropogenic greenhouse gas emissions Monitoring and Verification Support Capacity (CO2MVS). This capacity will provide continuous monitoring of CO2 and methane (CH4) emissions and fluxes using a combination of observations and Earth system modeling.

CO2MVS is being developed as part of the EU’s Copernicus Atmosphere Monitoring Service (CAMS) implemented by ECMWF. A key element of the CoCO2 project is the ability to separate natural occurrences of CO2 or CH4 from anthropogenic ones.

Meteorological satellites used by the US National Oceanic and Atmospheric Administration (NOAA) helped rescue 397 people from potentially life-threatening situations in 2022.

NOAA’s polar-orbiting and geostationary satellites are part of the global Search and Rescue Satellite Aided Tracking (COSPAS-SARSAT) system, which uses a network of US and international spacecraft to detect and locate distress signals sent from emergency beacons on aircraft, boats and handheld personal locator beacons (PLBs) anywhere in the world.

Of the 397 US rescues last year, 275 were water rescues, 42 were from downed aircraft and 80 were on land involving PLBs. Florida had the most SARSAT rescues with 106, followed by Alaska with 56 and Utah with 20.

Continue reading NOAA satellites helped rescue nearly 400 people in the US in 2022 at Meteorological Technology International.