The India Meteorological Department (IMD) is planning to use artificial intelligence to predict extreme weather patterns in its forecasting. The technology could be especially important to warn of weather events occurring within three to six hours.

The state department currently uses technology such as radars and satellite imagery to look into extreme weather patterns occurring in the same day. Last month, in two regions of India alone, 160 people are said to have died because of lightning strikes, and IMD is now hoping to make better use of more advanced technology involving AI.

“Artificial intelligence helps in understanding past weather models and this can make decision making faster,” said Mrutyunjay Mohapatra, director general of IMD, who also stated that the use of artificial intelligence and machine learning in meteorology is not as prevalent as in other fields.

The Met Office has circulated the latest BAMS (Bulletin of the American Meteorological Society) report that warns of significant climate change recorded in 2019. The 30th edition BAMS report is peer-reviewed, with contributions from climate scientists around the world, including from the Met Office.

The most significant findings from the latest update signal that each decade since 1980 has been successively warmer than the preceding decade, with the most recent (2010-19) rising by around 0.2°C compared with the previous decade. Last year was one of the warmest years since records began in the 1800s, with only 2015 and 2016 (in some data sets) marked as warmer.

An ‘extremely active’ hurricane season is possible in the Atlantic Basin, according to forecasters with the National Oceanic and Atmospheric Administration’s (NOAA) Climate Prediction Center, a division of the US National Weather Service.

Atmospheric and oceanic conditions are primed to fuel storm development in the Atlantic, according to the agency’s annual August update to the Atlantic Hurricane Season Outlook, initially issued in May.

The reports detail how this year’s Atlantic hurricane season has so far claimed a record-setting nine named storms and has the potential to be one of the busiest ever. Historically, only two named storms form on average by early August, and the ninth named storm typically does not form until October 4.

Meteorological equipment specialist Biral has launched a new microsite for its BTD-200 lightning warning system. The revamped design focuses entirely on the BTD-200 and is said to be responsive on desktop, mobile and tablet devices, and is intended to be easy to navigate.

The BTD-200 lightning warning system was released last year and is a modular system that is designed to operate out of the box, and be expandable as requirements grow or change. The essential system comprises a lightning detector that is placed outside – either on its tripod mount or permanently installed – while a PC located indoors runs the supplied Lightning Works software.

Businesses that rely on weather data to make critical decisions can now call on another source of detailed radar data as DTN, an independent source of analysis and decision-support solutions, has added RadarScope to its DTN WeatherSentry global platform.

Adding RadarScope capabilities to WeatherSentry means users now have access to single site radar data instead of a composite image so detailed weather information is in the hands of the user in a matter of seconds. DTN says that RadarScope is the only weather app that displays the highest native resolution, available across platforms including iOS, Mac, Apple TV, Android, and Windows.

A number of scientific papers have been released that show a wide range of phenomena across the atmosphere, oceans and land may be predictable a decade in advance.

The papers detail studies that were undertaken using the Decadal Prediction Large Ensemble (DPLE). The DPLE is a freely available database of model simulations developed and housed at the National Center for Atmospheric Research (NCAR).

According to the papers, an increase in the likelihood of a Greenland block – a bulge of high pressure that stalls over Greenland and can cause extreme weather both in North America and Europe – could be predictable years in advance. 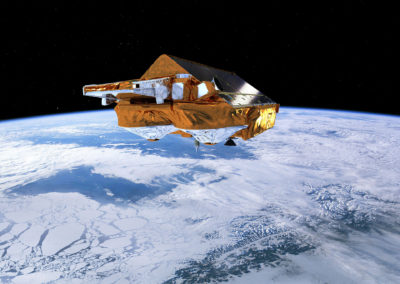