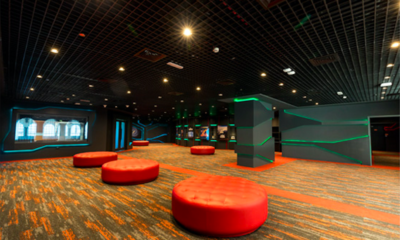 The National Center of Meteorology (NCM) in the UAE has inaugurated its Science Dome, a new 4D experience offered to the public as part of an engagement strategy that helps audiences understand meteorology, geophysics and rain enhancement science.

The Science Dome features state-of-the-art technologies, special effects, a 6K projection system and custom media. The dome is dedicated to meteorological data and has been designed to host international weather experts and to aid informal education as a 4D immersive experience.

The dome brings together the very best elements of an entertainment experience, with accurate scientific visualizations that are driven by real science for groups of up to 60 people, as well as a dedicated space for visitors with accessibility needs. 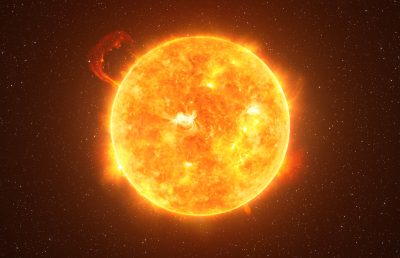 A group of researchers is using artificial intelligence (AI) techniques to calibrate some of NASA’s images of the Sun, helping improve the data that scientists use for solar research.

Launched in 2010, NASA’s Solar Dynamics Observatory (SDO) has provided high-definition images of the Sun for over a decade. Its images have given scientists a detailed look at various solar phenomena that can spark space weather and affect astronauts and technology on Earth and in space.

The Atmospheric Imagery Assembly (AIA) is one of two imaging instruments on SDO and looks constantly at the Sun, taking images across 10 wavelengths of ultraviolet light every 12 seconds.

Bushfires, not pandemic lockdowns, had biggest impact on global climate in 2020 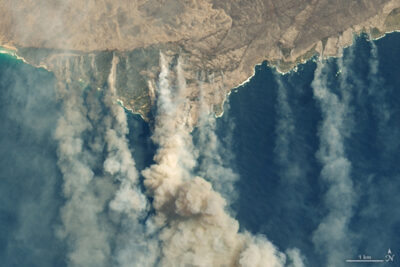 When a team of scientists began analyzing events that influenced the world’s climate in 2020, they made sure to consider the pandemic-related lockdowns that reduced emissions and led to clearer skies over many cities.

But they found that an entirely different event had a more immediate impact on global climate: the devastating bushfires that burned through Australia from late 2019 to 2020, pumping plumes of smoke that reached the stratosphere and circled much of the southern hemisphere.

“The main climate forcing of 2020 wasn’t Covid-19 at all,” said John Fasullo, a scientist at the National Center for Atmospheric Research (NCAR) and the lead author of a new study entitled Coupled Climate Responses to Recent Australian Wildfire and Covid-19 Emissions Anomalies Estimated in CESM2. 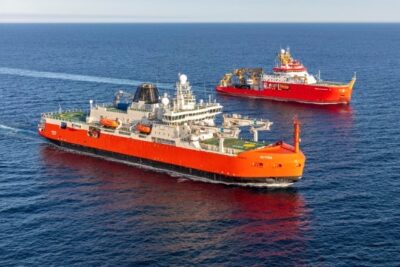 The UK and Australia’s two new polar research ships got together off the coast of Falmouth last week during sea trials in preparation for their first Antarctic missions.

The state-of-the-art RRS Sir David Attenborough and RSV Nuyina will enable scientists to understand changes in our planet’s climate, oceans and marine life.

RRS Sir David Attenborough, commissioned by NERC and built by Cammell Laird for operation by British Antarctic Survey (BAS) is carrying out Sea Acceptance Tests on some of its nine scientific winches. With a combined 61,000m of cable for deploying and retrieving scientific equipment, the winches are essential for launching marine robotics and oceanographic equipment. 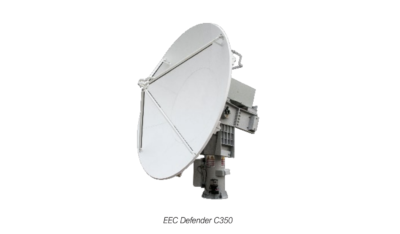 EEC, a provider of meteorological radar systems, has announced that during the first half of 2021, the company was awarded multiple contracts through separate international tenders to deliver several advanced weather radar systems to Indonesia.

First, EEC will deliver a Ranger-X5 Solid State Weather Radar System to the BMKG office in Palu to support the service information and early warning system in the Central Sulawesi region. 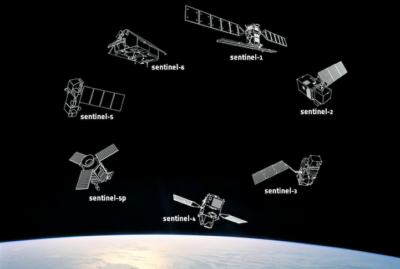 EUMETSAT will become the largest operator of the Copernicus program’s Sentinel satellite missions under an agreement signed with the European Commission. Copernicus is a component of the European Union Space Programme and looks at the planet and its environment for the benefit of all European citizens.

The €735m (US$867m) seven-year Contribution Agreement on the Implementation of the Copernicus Component of the Space Programme of the European Union extends and strengthens EUMETSAT’s role in ocean and atmosphere-monitoring missions in the Earth observation program.

It entrusts EUMETSAT with the continued operation and exploitation of the existing Copernicus Sentinel-3 and -6 ocean-monitoring missions, the upcoming Sentinel-4 and -5 atmosphere monitoring missions and future missions designed to monitor carbon dioxide and the climate.

Water-related hazards dominate disasters in the past 50 years, according to WMO 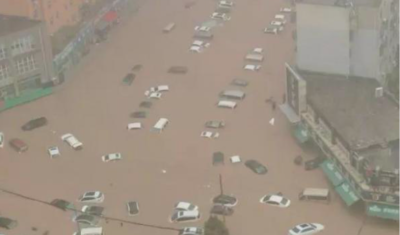 New analysis from the World Meteorological Organization (WMO) has revealed that water-related hazards have dominated the list of disasters in terms of both human and economic toll over the past 50 years.

According to the forthcoming WMO Atlas of Mortality and Economic Losses from Weather, Climate and Water Extremes (1970-2019) report, of the top 10 disasters, the hazards that led to the largest human losses during the period have been droughts (650,000 deaths), storms (577,232 deaths), floods (58,700 deaths) and extreme temperature (55,736 deaths).

With regard to economic losses, the top 10 events include storms (US$521bn) and floods (US$115bn), according to an excerpt from the Atlas, which will be published in September.

Continue reading Water-related hazards dominate disasters in the past 50 years, according to WMO at Meteorological Technology International.

Interview: how ESRI is supporting the UN Decade of Ocean Science

ESRI’s chief scientist, Dawn Wright, talks about the importance of the UN Decade of Ocean Science for Sustainable Development, which officially launched in June, and how the company is supporting a number of actions to improve ocean science

Why is the UN Decade of Ocean Science important?

The ocean is under massive threat from climate change, species decline, plastic pollution, and hundreds of other types of polluting debris and toxic chemicals. Humankind is running out of time to start managing this vital resource effectively and sustainably. As time ticks by, the implications for the entire planet are potentially devastating, given that the ocean is our largest ecosystem covering 70% of the planet, is a huge part of the global economy, and is the largest source of the very oxygen that we all breathe (over 50%).