Grounding aircraft due to the coronavirus pandemic has reduced the observations available for weather prediction centers.

The observations are used with others to estimate the state of the Earth system at the start of forecasts.

For the European Centre for Medium-Range Weather Forecasts (ECMWF), aircraft reports are second only to satellite data for forecasts.

The number of aircraft reports had reduced by 65% by March 23 compared with March 3, and global reports were down 42%.

Arctic sea ice extent reached its annual maximum on March 5, covering one of the lowest ranges in 40 years.

The National Snow and Ice Data Center (NSIDC) reported that the 2019-2020 season was an unexceptional 5.81 million square miles, the 11th-lowest maximum in the 42-year satellite record.

Graphs from the NSIDC’s Charctic tool shows daily sea ice extent, and each year it follows a similar path of starting high in January, rising to the maximum between early March and mid-April before falling again until mid-September.

The 2019-2020 season was not near the bottom, but is on the lower half of the satellite record.

Injecting the right amount of sulfur dioxide into the upper atmosphere could reduce the effects of climate change.

Researchers from University College London in the UK and Harvard University in the USA say adding aerosol particles to thicken the layer of light can reduce climate change caused by greenhouse gases including carbon dioxide.

They used results from a simulation of stratospheric aerosol geoengineering to evaluate whether the approach could offset or worsen the effects of climate change.

Halving warming by adding aerosols to the stratosphere could moderate important climate hazards in almost all regions, while exacerbating the effects in a small fraction of land areas.

Researchers at the Alfred Wegener Institute are using satellite data to observe phytoplankton in the ocean.

Using the algorithms, studying the phytoplankton can identify toxic algal blooms and assess the effects of global warming on marine plankton, providing information on water quality.

Phytoplankton create half the oxygen we breathe using photosynthesis to produce carbohydrate, which they use as an energy source.

They grow, divide and produce biomass, and are an essential food source for small crustaceans, fish and mussel larvae, which themselves are staples for larger fish.

Marine phytoplankton are an important CO2  sink, so researchers are keen to learn how the different groups are developing around the world.

Reduced emissions from the coronavirus induced economic slowdown are not a substitute for concerted climate action, says the World Meteorological Organization (WMO).

Localized improvements in air quality have been noted, but carbon dioxide levels at key observing stations have been higher than last year.

He also warns that previous declines in emissions during economic crises were followed by a rapid upsurge.

Taalas said, “The world needs to demonstrate the same unity and commitment to climate action and cutting greenhouse gas emissions as to containing the coronavirus pandemic.

Sabbie Miller, an assistant professor in the UC Davis Department of Civil and Environmental Engineering, said, “We clearly care a great deal about greenhouse gas emissions. But we haven’t paid as much attention to health burdens, which are also are driven in large part by this demand.”

Canopy Weather will provide real-time property-specific wind and hail damage analytics. The data will be used by GRS to assess and speed up insurance claims.

According to NOAA figures, there were more than 4,600 hailstorms in the USA in 2018, resulting in US$810m-worth of damage to property and crops.

Matt Van Every, CEO of Canopy Weather, said, “There is more to damage than just hail size. Maximum hail size is not the whole story. 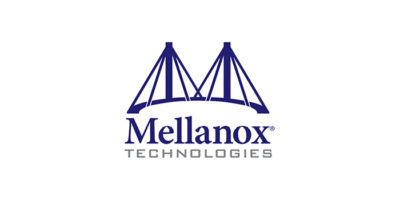 ECMWF signed a €80m (US$87m) deal in December for a new supercomputer for its forecasting operations.

InfiniBand is scheduled to be installed alongside the Atos system at the new ECMWF data center currently being developed by the Italian government in Bologna sometime this year. As yet there has been no indication from the UK-based forecasting center of how the current Coronavirus pandemic could impact the construction schedule.