The US National Science Foundation (NSF) has awarded the University of Hawaiʻi (UH) at Mānoa a US$1.3m grant to deploy more than 80 weather stations across the state.

With funding spread across three-years, the Hawaiʻi Mesonet research project will be used to better understand the complex weather and climate of the Hawaiian Islands, which in turn will lead to improved forecasting capabilities. This is the first time the NSF has funded a mesonet system under its Major Research Instrumentation (MRI) Program.

UH Mānoa students and post-doctoral researchers will install 84 climate stations in some of the most remote parts of the state.

The Short-term AI Weather Forecasting Platform, now available to Alibaba Cloud’s clients in China, produces high-resolution imagery with 1km grid spacing with updates available every 10 minutes. Capable of tracking rainfall, windspeed as well as severe weather conditions such as thunder and hailstorms, the platform has been designed to deliver time-critical reports to weather-dependent sectors such as agriculture, logistics, transportation and renewable energy.

For farmers, a timely and accurate weather forecast can minimize damage to crops and livestock; couriers can schedule their routes efficiently on rainy days; and photovoltaic power stations can use cloud formation predictions to better prepare their electricity trading plans.

A suite of Australian designed and built meteorological satellites could help meet the future needs of the Bureau of Meteorology (BoM), a University of New South Wales (UNSW) Canberra study has found.

At present BoM depends heavily on Earth observations from foreign-owned satellites and partner meteorological organizations to predict the weather, as Australia does not own or operate any such satellites.

A new multi-agency report coordinated by the World Meteorological Organization (WMO) found that food insecurity, poverty and displacement in Africa were compounded by changing precipitation patterns, rising temperatures and more extreme weather. In turn, these weather elements were found to have exacerbated the socioeconomic and health crisis triggered by Covid-19. The report, named The State of the Climate in Africa 2020, was released October 19 during the Extraordinary World Meteorological Congress and ahead of the UN Climate Change negotiations, COP26.

The report estimated that adaptation costs in sub-Saharan Africa are US$30-50bn (2–3% of regional gross domestic product (GDP)) each year over the next decade, to avoid even higher costs of additional relief for expected disasters.

Research from Australia’s Bureau of Meteorology (BoM) has provided new insights into the destructive Black Summer bushfires of 2019-20, having discovered complex correlations between the atmosphere and extreme local bushfire behavior.

Hewlett Packard Enterprise (HPE) has built a new supercomputer for the United Arab Emirates’ (UAE) National Center of Meteorology (NCM) to advance weather forecasting and climate research across the country. 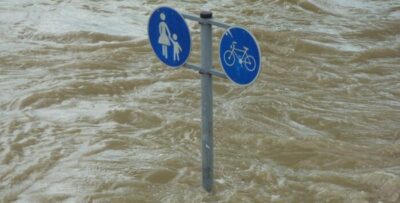 The new sustainability strategy sets out a vision and approach for the future development and implementation of the FFGS to save lives and livelihoods. It was approved by the Extraordinary World Meteorological Congress after being endorsed by the Hydrological Assembly.

Flash floods are among the world’s deadliest natural disasters, with more than 5,000 lives lost annually and huge social, economic and environmental impacts.

The research of these three scientists has been key to advancing the current understanding of complex physical systems such as Earth’s changing climate. When awarding this prize, the Royal Swedish Academy of Sciences recognized Manabe and Hasselmann “for the physical modeling of Earth’s climate, quantifying variability and reliably predicting global warming”. They share the prize with Parisi for his work on fluctuations in physical systems.

Manabe was born in Japan in 1931 and studied at the University of Tokyo, where he received his PhD in 1958.